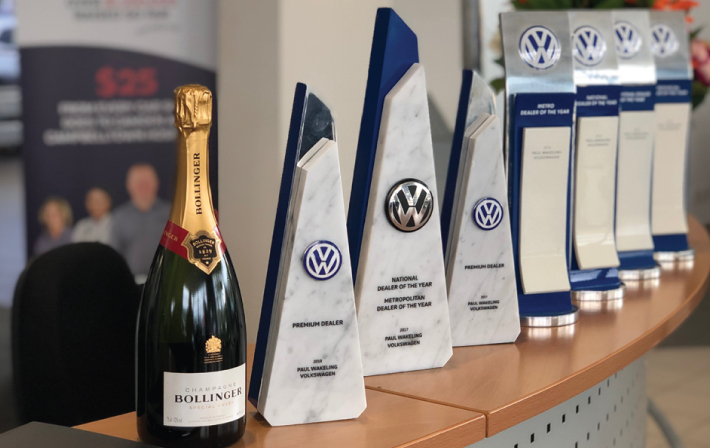 Paul Wakeling Volkswagen's great run of success continued last week being announced as a Premium Dealer once again at Volkswagen's annual awards night held in Brisbane. The Awards night followed an intense week of learning and innovation, in which some of our staff were able to participate. In a great gesture, Volkswagen also flew to Brisbane the next crop of graduates from their exceptional and intense Technician training program to receive their passing out certificates. This new crop of technicians are well and truly poised for great things, well done to our own Hayden Wyper on earning his stripes! But for the Wakeling team, the big news was the Premium Dealer award, following on from our National Dealer award last year. Once again, we were recognised as being in the top 10 Volkswagen Dealerships in the country, no small feat for the team! Well done to all the crew. There are too many to name publicly but they all know the impact they have made in providing the very best in Customer Service, Training, Target achievement and administration. It's great to see our little Macarthur Dealership being so highly regarded once again, super proud!