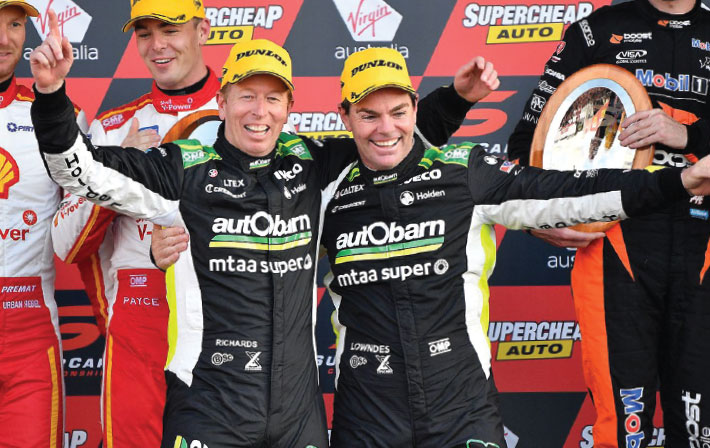 You’ve got to love Bathurst weekend, not only does it signal the closeness of Summer, daylight savings and all that jazz, it never fails to produce an inspiring result. For those that missed it, this year’s Bathurst event was won by none other than Craig Lowndes in his final Bathurst race, as a full time driver. Craig had announced earlier this year that he was putting away the helmet at the end of this season, he’s had a stellar career and will go down as one of the sports all time legends. He’s also one of the most highly supported and regarded drivers, so when some 27 or so laps out he took the lead, the crowd on Mount Panorama erupted. The last few laps were tense, as we know anything can happen at Bathurst at any time, but as he crossed the line there were tears of joy and screams of excitement. It was a great way to finish his Bathurst love affair, taking home his 7th title and bringing victory once again to the Holden Camp, well done Lowndesy!!